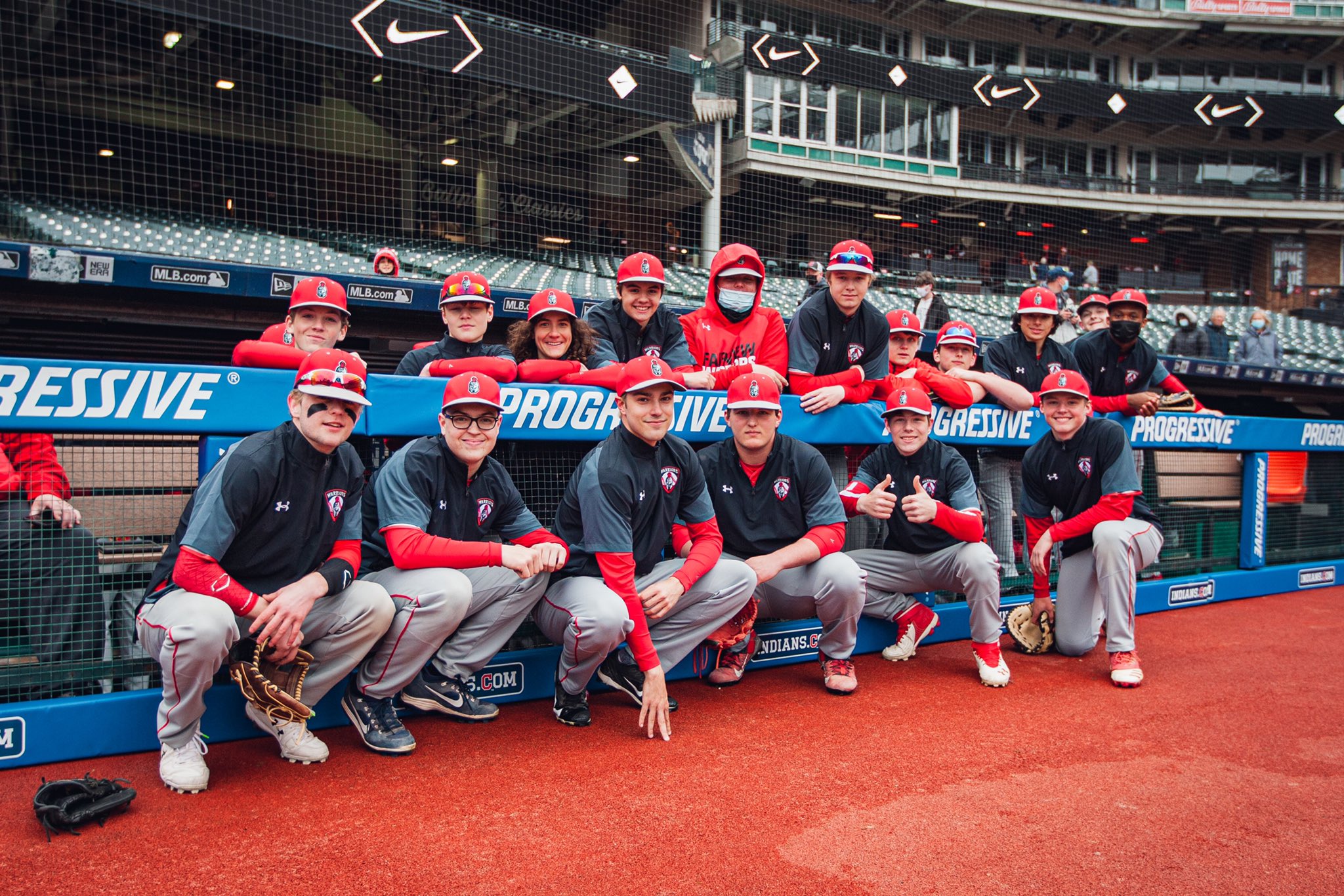 Cleveland, Ohio- Fairview began their away game ritual like any other day. They met outside in the parking lot by the bike racks and then hopped on the bus. However, this wasn’t your typical away game. This was a game on the big stage as they went down I-90 to play at Progressive Field. It was a great experience for everyone and the Warriors would ultimately fall to Chardon 8-1 in game two of the Hardball Classic.

Fairview would begin the game with their normal lineup but would be constantly switching people in and out to try and get as many people playing time in a big-league stadium. This could be seen as everyone on the varsity roster got some form of playing time whether it be in the field or an at-bat. They would go down in order in the top of the first. In a fitting lineup decision, Indians employee Tyler Danburg got the start on the mound. After a miscommunication resulted in an error that would score, Danburg would strike out the last two to get out of the first inning.

Despite an Enrique Lopez single, the Hilltoppers would keep Fairview from scoring in the second. Danburg would work around a walk and a double to keep the game at 1-0.

The Warriors would go down in order in the third. Enrique Lopez would come in relief for Danburg in the bottom of the third. Chardon would get a two-out RBI single off of him to extend their lead.

Fairview would get their only run in the fourth. After Timmy Hollander reached on an error and moved over to second on a fielder’s choice, Lopez would drop a single just out of the reach of the Hilltoppers second baseman to bring Hollander home. The Chardon offense would explode in the bottom half as they scored five runs, with three coming in on an inside the park home run. Jay Foose would relieve Lopez with two runners on and one out and would get out of the jam.

Chardon recovered from a leadoff walk to start the sixth and struck out the next three Warriors to keep control of the game. Timmy Hollander would come on to pitch the sixth and would pitch a beautiful inning, striking out two to make sure the Hilltoppers couldn’t get any more runs.

To keep up with the Indians theme, Chardon would send out Blake Barker, son of former Indians pitcher Len Barker to pitch the seventh. He would strike out Kevin Plasack to begin the inning but it got to the backstop which would allow Plasack to get to first. Barker would pick up another strikeout before Josh Hill would single. Barker would strike out the next two to secure the victory for the Toppers.

While I cannot speak for the entire team, I can speak for myself and say that I will remember this game for the rest of my life. The Warriors fall to 3-7 (1-5 GLC) with the win. They are slated to play Valley Forge tomorrow evening. Chardon moves to 8-6 (2-2 WRC) and heads out to Madison Monday.