On Thursday 2/20, Junior David Kreis will head to C.T. Branin Natatorium in Canton, Ohio for the OHSAA State Swim Meet. With times seating him 12th and 6th in the state of Ohio, respectively, David will compete in the 50 Freestyle and 100 Freestyle races at the state meet.

David had times of 21.9 seconds in the 50 Free and 47.79 in the 100 Free at the District meet at Cleveland State University last week, placing him 6th and 4th, respectively in the D2 Cleveland State District. Other notable finishes at the CSU District Meet were:

David, an exchange student from Germany, is the second Kreis to go to the state swim meet for Fairview in recent years. He follows in his brother Marvin’s footsteps, who finished top 10 in the state during the 2017/2018 swim season.

Good luck to David and excellent job by all of our swimmers this season! 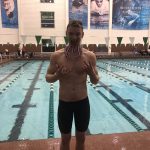 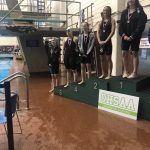 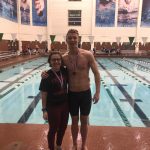